Who is Lumi Lausas?
The imaginary friend you never had.

Home is where the heart is?
Two years ago, I would have answered ‘home is just the place where I sleep and keep my stuff’. But my idea of home has been transforming a lot since I moved to my own place in Berlin, even more since the pandemic. I think it’s closer to the heart now.

It’s the friends you can call up at 4 a.m. that matter? (Marlene Dietrich)
Definitely. Lots of love to mine!

Breakfast is the most important meal of the day?
Five coffees a day and a good dinner, that’s all I need.

Berlin, du bist so wunderbar? (Kaiserbase)
Berlin is where my heart is right now. 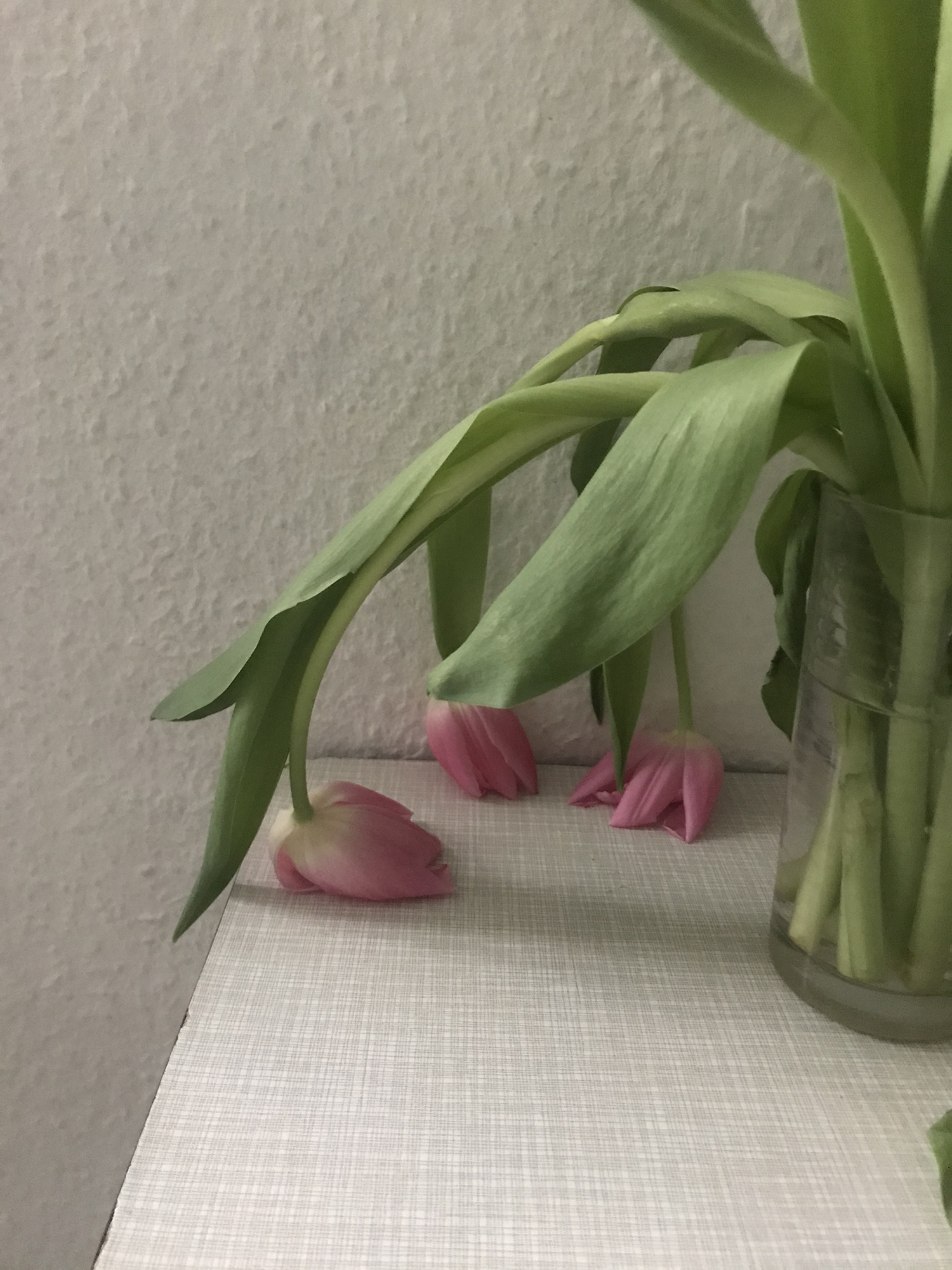 To me, Helsinki is one big movie studio? (Kati Outinen)
Somehow Helsinki just doesn’t get under my skin. I’m sorry, it’s not that I hate the city… I guess I just never miss it when I’m gone. I do miss film studios.

Jean Sibelius or Ludwig van Beethoven?
Sibelius is the real Finland for me.

Did you ever think about hiring a contract killer?
I thought about becoming one myself.

If you could have lunch with anyone, living or dead, who would it be?
This question always troubles me, because I start imagining this situation where the person I admire is being forced to have lunch with me and doesn’t actually have any interest in being there. I imagine them answering my stupid questions evasively while gazing at their phone, eventually making me feel so embarrassed I have to make an excuse to run away, leaving my food untouched. 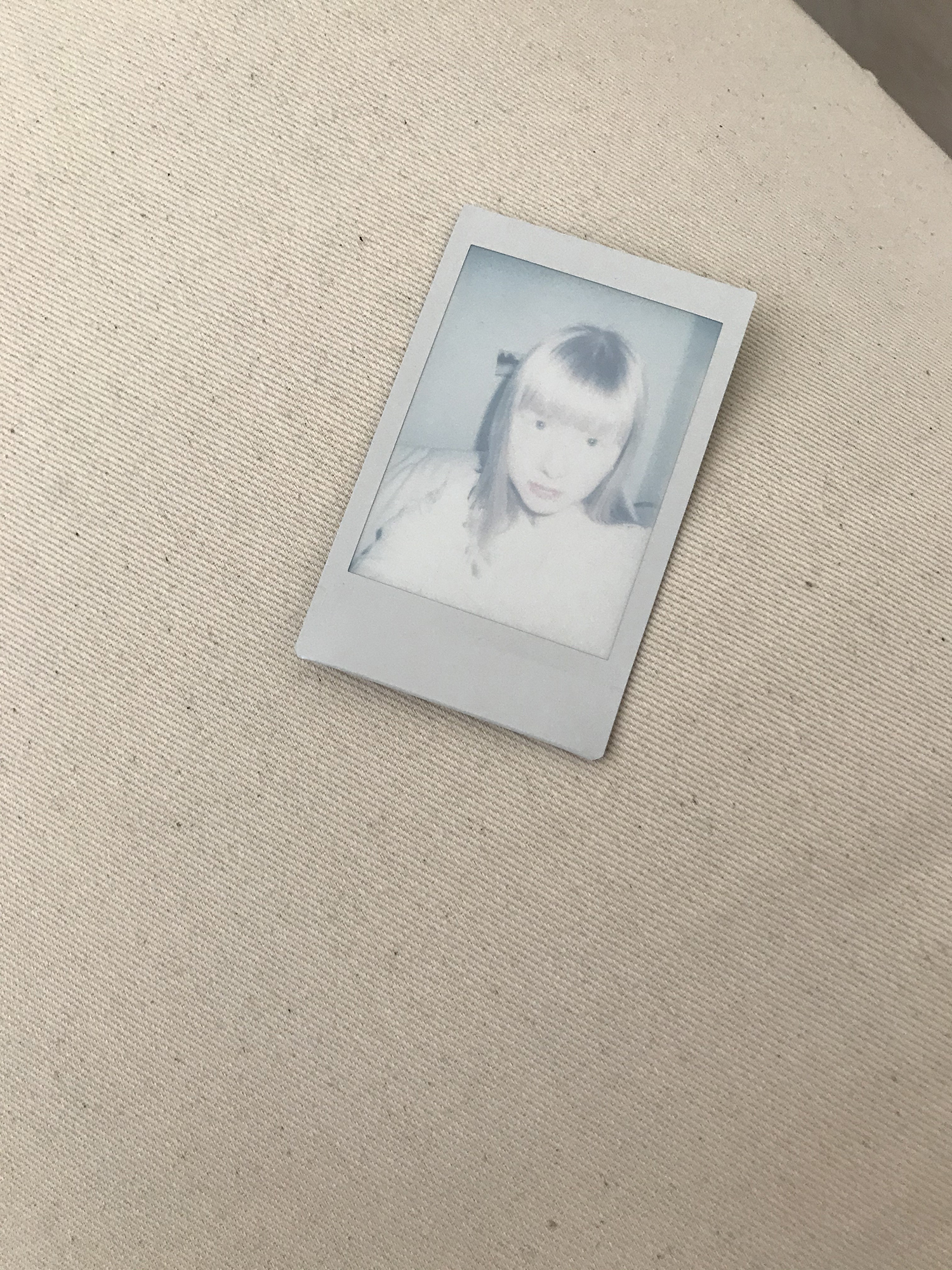 Hawaiian Pizza is a crime?
I’d rather have that for lunch!

The cinema is truth 24 frames per second? (Jean-Luc Godard)
Cinema is nothing but lies <3

Do you have pictures on the wall?
I have many pictures of myself… this is not a narcissistic move though, I swear. Before the pandemic, I was so rarely at home that I never really put the effort into decorating. Then, last year, I got frustrated at looking at white walls, so I just decided to hang all the random pictures I could find in my apartment. There’s a Polaroid from new year’s eve 2020, a selfie I took when I was twelve and a pretty accurate drawing one of my actors made of me in 2014. I added a poem by Ren Hang, a poster of my series 0816 and a necklace that says “Dennis”.

Only someone who is well prepared has the opportunity to improvise? (Ingmar Bergman)
My work philosophy. It might look like I’m improvising on set, but I can only do that because I spend so much time preparing. People often think filmmaking is all about shooting, I think the hardest work comes beforehand actually. If I can just come to set and watch the movie make itself, I consider my job well done.

IKEA has won?
I hate to admit it but yes. Ikea was the first place I ran to when the shops opened again in March. I bought a wardrobe. I still haven’t finished putting it up though. I’m embarrassingly bad at handy stuff… 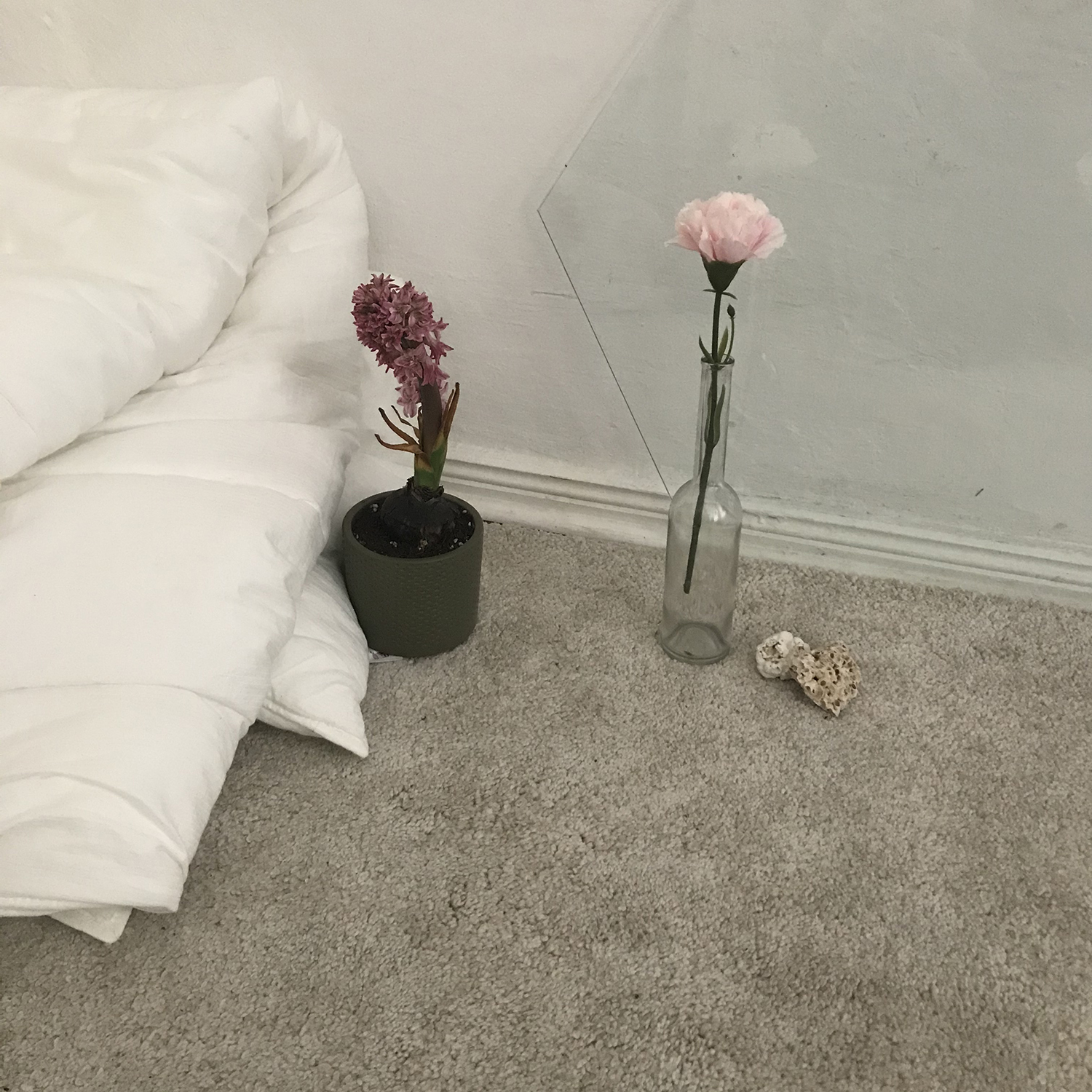 How to style a happy home: it’s comfort first, comfort last, comfort always?
I’m trying to give comfort more priority, as a part of my ‘learning to have a home’. I guess I’m just a little slow at figuring out what it means.

The perks of having curtains?
If my curtains are open, I always start performing without noticing. It’s just this feeling that somebody is watching. I do all the things I would normally do, just in a more performative way. With closed curtains, my place gets quite dark, but I can be myself.

Candle or chandelier?
Candles. I have these quiet evenings with myself where I turn off my phone and just write my diary in candlelight. I think that’s what home means to me right now.

There is no terror in the bang, only in the anticipation of it? (Alfred Hitchcock)
Yes. I think there is more power in implying things than in showing them directly. The same way I think that violence does not need to be shown in order to be understood. In fact, seeing shocking images prevents us from understanding anything at all if we can instantly distract ourselves by scrolling further. Our fast-paced culture doesn’t allow enough space and time to build tension anymore, and I think that’s problematic on many levels.

Do you have a shower or a tub in your bathroom?
A shower. I just bought this amazing, sustainable mold-resistant quick-dry shower curtain. I once made fun of a guy for having one, now I’m really proud. 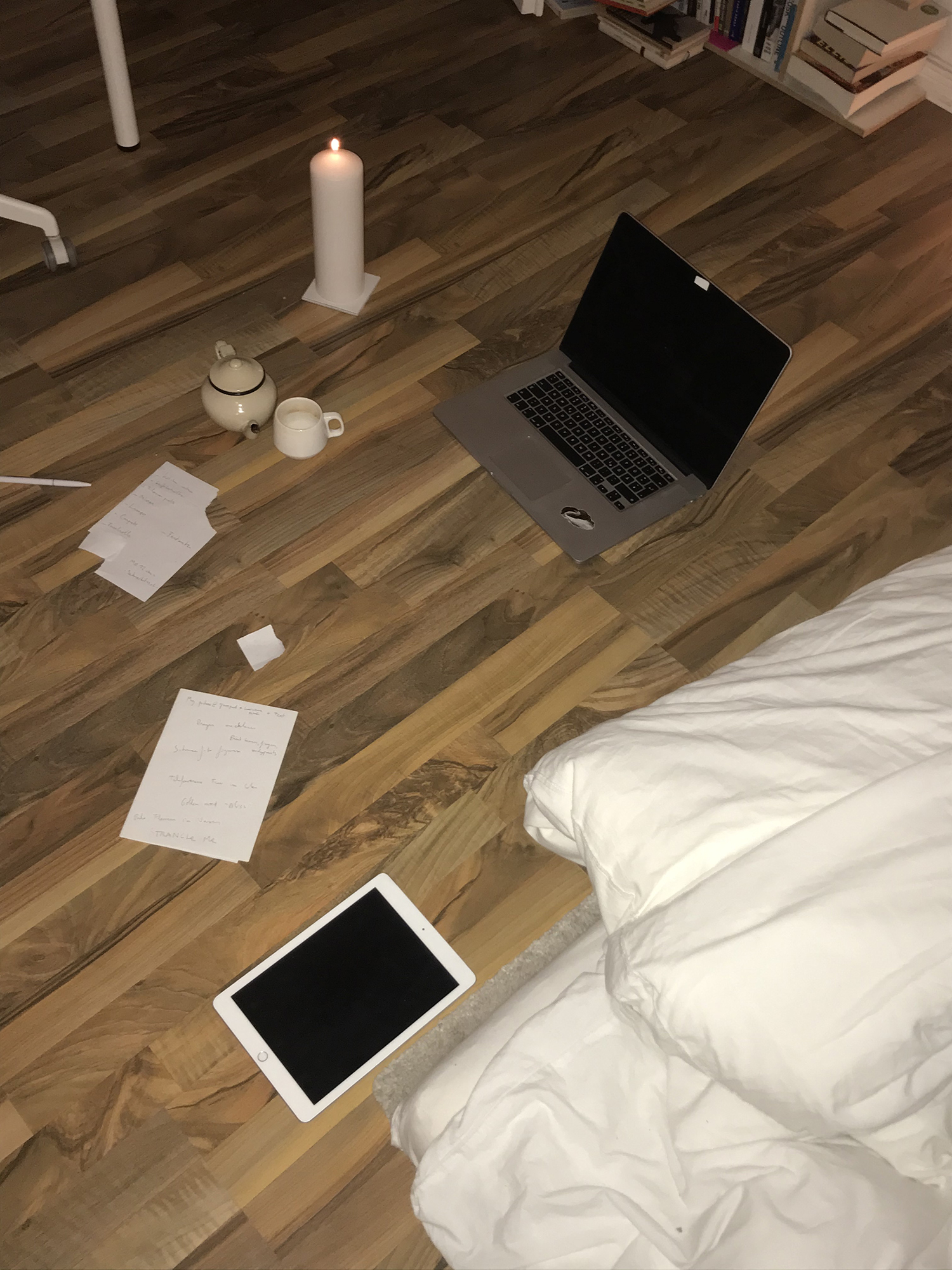 Nothing in the world can be compared to the human face? (Carl Theodor Dreyer)
Nothing talks to me like a human face. It’s funny because I often cut off the faces in the pictures I take. That’s actually because I’m so sensitive to facial expressions. If I sense mixed feelings, or the wrong kind of feeling, I can’t have it in the picture. On the other hand, if someone has the right kind of expression I become obsessed with them. I would find it hard to photograph or film people that I didn’t cast myself.

Do not read beauty magazines they will only make you feel ugly? (Baz Luhrmann)
I think the problem is magazines having too narrow beauty standards, not the people looking. I find it mostly boring, because it feels like watching the same people over and over again. The bodies are all the same. Lately I’ve made big efforts to diversify my Instagram feed, following more small and individual accounts instead of the big ones. The algorithm hates me, but I feel great.

Your favorite season?
Spring and autumn. I like transitions.

Which TV shows have you most enjoyed or regretted binge-watching?
I definitely regret re-watching Friends and my most recent favorite was Homecoming.

A guy who knows how to cook is really handsome?
I think I’d prefer a guy who can build my IKEA furniture for me (might regret this later). 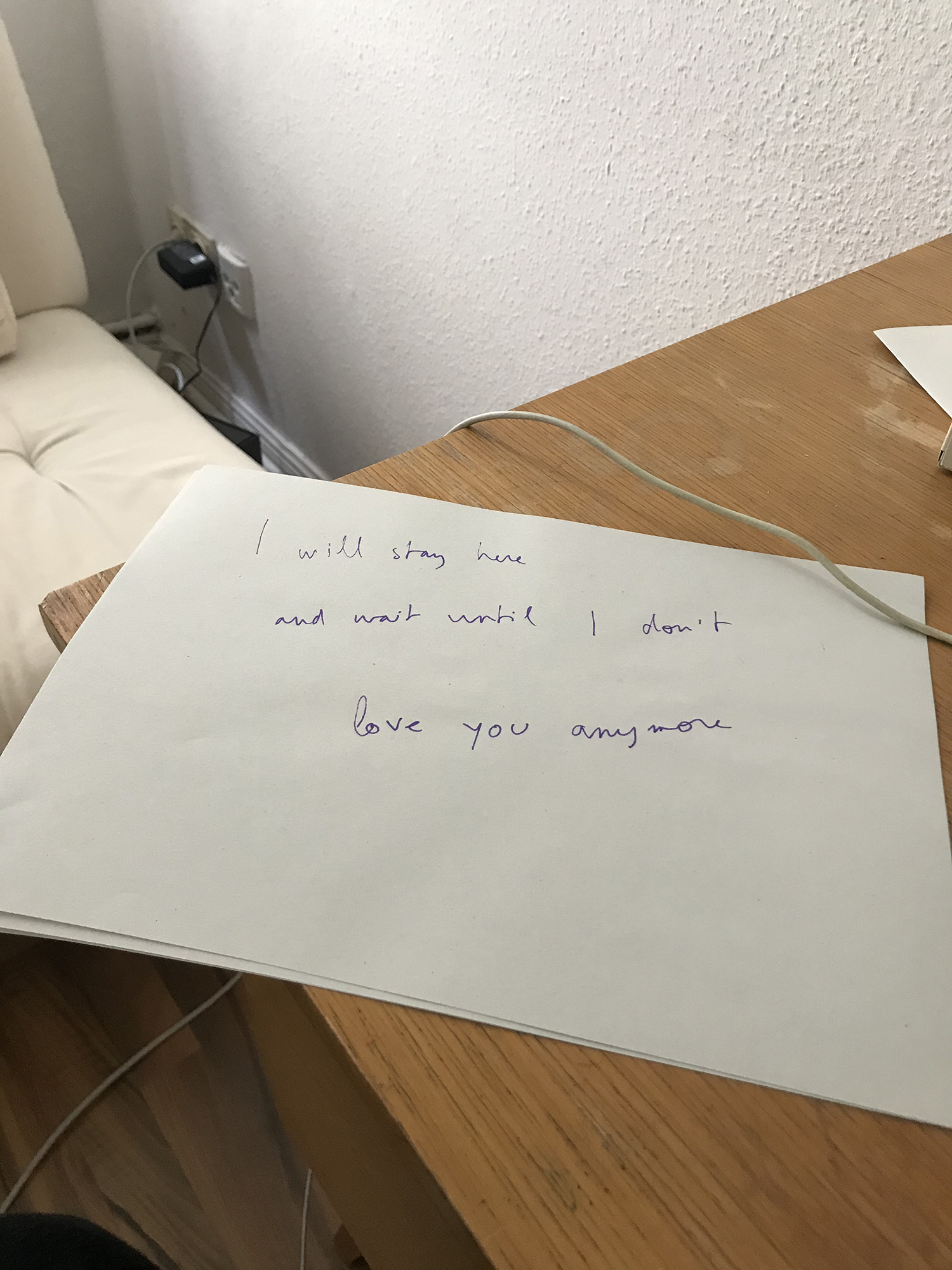